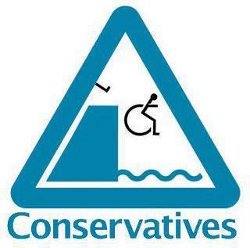 Recently someone put up a petition online calling on the Queen to refuse Royal Assent to the impending Welfare Reform Bill (i.e. to veto it), to which Sue Marsh, co-author of the Spartacus Report, drew my attention. The UK is, as far as I know, the only country in the western world where we have a monarch that is theoretically allowed to refuse a bill, although to my knowledge, the monarch has not done that since the 19th century — in fact, she does not personally sign bills into law anymore, but a member of her staff rubber-stamps it. This is the first time I have heard of people getting together to petition the Queen to actually refuse passage to a bill passed by the Commons. In fact, it is quite rare for people of the political left to put such trust in the House of Lords to frustrate the will of the Commons, and reflects the desperation of those doing it (such as the disabled activists) and their sense of betrayal by the elected politicians.

As I’ve said before here, in the context of exporting democracy down the barrel of a gun to Iraq and other places where it has no history, western parliamentary democracy relies on one of two compromises: either one party gets an inflated majority, allowing it to control Parliament and thus legislate more-or-less at will (which is the norm in the UK), or a group of parties get together, make deals, and exclude other parties. This is more-or-less accepted in most western countries. In countries with major religious or ethnic fault-lines, it could be a recipe for civil war. In the vast majority of cases where a major party has to find a partner to form a parliamentary majority, they choose a minor party over the other major one (Germany being a well-known exception, where there have been Grand Coalitions of the Christian and Social Democrats including very recently, although coalitions of one of those two parties with the Free Democrats, a small third party, are more common). In some countries, the balance of power is held by an extremist party, as has been seen in Israel.

Some countries have a constitution to protect citizens from the excesses of politicians. Some (like the UK) don’t. However, these laws always focus on the right to freedom of religion, speech and assembly and against detention beyond what is necessary to uphold law and order. They do not protect against unjust or irrational laws. The USA continued to uphold slavery for decades after its well-known Amendments were passed. Its judges upheld segregation for nearly a century after that was abolished. Its disabled citizens are not granted the right to an independent life, and freedom from effective incarceration or forced sterilisation, by their constitution. It did not bring about the abolition of institutional dumps for disabled children. This was the achievement of disability campaigners, and the worst institutions persisted well into the last quarter of the 20th century, much as they did in the UK which has no written constitution.

For a disabled person, unless he or she is from a very rich family, the right to the same freedom as everyone else is dependent on decent welfare provision, because their ability to work is diminished, either by the limitations of their disability, or their increased vulnerability to medical crises, or their inability to physically enter the buildings where there is work. Whether this comes from some kind of private philanthropy or from tax-funded state provision, the ability of a person, including a child, to stay in their home and receive a decent education requires support. Without it, the strain on a family is often too great: the burden of lifting a heavy disabled child on a sole female caregiver, for example, or the necessity of one wage earner giving up their job, or the financial burden of wheelchairs, extra clothes, equipment, modification of the home and so on. With adequate support, most disability can be managed by the affected person or their family. Without it, people will not be able to stay in their homes, and people will be less likely to take on a disabled partner, and more likely to take “advantage” of genetic tests to screen out disabled children. People are more likely to relinquish their duty of care to disabled relatives (including children) if the support is not there.

I used to be a republican. These days, I am an agnostic about what type of democracy I want the UK, as it currently is, to be. Republics often tell their citizens myths and lies about their origins, and how they established a state of the people and threw off the yoke of the monarchy, or the church, or a foreign invader — it was never about a bunch of slave-driving tobacco farmers who didn’t want to pay their taxes, or a merchant class who wanted power for themselves. In the UK, we tend to wear our patriotism lightly and unless you go into parliament or the Armed Forces, nobody ever asks you to swear allegiance to the Queen. I’ve never been asked to in 35 years. Yet, in many republics, they insist that you do the equivalent, and sing the national anthem, every morning. In some, they even insist that you recite an ethnically-specific slogan, regardless of your actual ethnicity (Turkey, in particular). As a Muslim, I have found that, in terms of day-to-day practice of Islam (including the wearing of religiously-mandated clothing in public places), the UK protects its Muslim citizens’ freedom to a greater extent than the republics on the continent.

Therefore, I support the initiative to petition for a refusal of Royal Assent for this bill, have signed it myself and urge anyone concerned for the welfare of disabled citizens to sign it. While not totally abolishing state support for disabled people’s independence, it will revoke vital supports for categories of disabled people who do not fulfil various tick-box criteria, such as being totally unable to walk (some people can walk a bit, at the risk of causing themselves injury or making themselves more ill). It is not even likely to save public money, as the government have previously admitted. It is not going to be temporary, as the Labour party have not pledged to reverse it if they regain power at the next election, and is not something anyone expected of the Liberal Democrats, who attracted votes until the last election precisely because they were not Tories and were not the pro-war New Labour (for that matter, it was not even in the Conservatives’ manifesto). This coalition’s mandate to govern is not unconditional, as it is the result of a back-room deal that nobody else got a vote on. If the monarchy is one check against this stitch-up, we should not have qualms about trying to use it.

(Please note: please leave a sensible message if you leave one at all. Telling the Queen to get a job or threatening her with the guillotine are not helpful to our cause.)