What don’t we know about the UKIP fostering case? 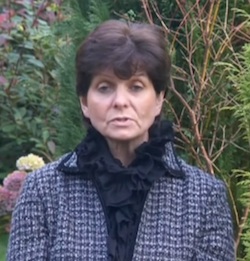 A number of newspapers, and the BBC, have reported today that a foster family from Rotherham, South Yorkshire, have had three children removed from their care allegedly becuase they are members of the UK Independence Party, which supports withdrawal from the European Union and a restriction on immigration, especially from eastern Europe. The children had been placed with them on an emergency basis in September, and according to Joyce Thacker of the borough council, the removal of the children from that couple’s care was planned and not sudden as they allege. The council has also been criticised by the courts for not meeting the children’s “cultural and ethnic needs”. (More: Zarathustra @ Not So Big Society, Same Difference, Simon Wilson (Tory candidate in Rotherham by-election).)

This story has been picked up by most British news outlets and hotly debated on Twitter, but the way people have been talking about this you would think a huge injustice had been done, such as a couple having their own children removed because of their political affiliation. A particularly overblown reaction is from Damian Thompson, who branded the local authority “Rotherham’s Stasi” and attached a picture of a raided and paper-strewn Stasi office to his brief blog entry (in which he claims that Nigel Farage, the UKIP leader, “used stronger language” than that quoted “and rightly so”. These were in fact vulnerable foster children — other people’s children — and they have probably been moved from this couple’s home to a more suitable place, perhaps a couple with some experience of foster children from other cultures, or even a couple from the same background (or at least with one member from it). It’s assumed that they are being taken from a loving family and thrown to the wolves, which does not appear to be the case. This placement was done in an emergency and was never intended to be permanent.

As in so many cases involving child care disputes, especially those in which children are in local authority care, the couple involved are able to say far more about the situation than the social workers themselves can as they are bound by confidentiality. In this case the couple, though not identified, were given a lengthy interview with the Daily Telegraph in which they pleaded that they were not racist — the wife said, “I’ve got mixed race in my family” — but the Council have not said they are racist, merely that their party membership makes them “not the right cultural match” although perhaps it raises fears among them that they cannot put on record. Racists often do not think they are racist and having friends from an ethnic minority doesn’t stop you being prejudiced against that minority in general, let alone against other minorities, so this defence will not convince anyone whose main duty is to protect the interests of a child and who fears that they might be prejudiced. UKIP itself played the same “black friend” card in the Telegraph article, boasting that they have a Black candidate standing for them in a by-election in Croydon. Someone may have no problem with established minorities, such as Blacks, but may be quite hostile to more recent arrivals who are popularly blamed for taking jobs and driving down wages, such as eastern Europeans, or against those who “won’t integrate”, such as Roma or Muslims. It is the last three who have been the focus of most hostile press attention in the past 20 years or so.

There is a further dimension to this story which has not been widely reported, which is that there is controversy over some children from eastern Europe being in British local authority care at all; the Slovakian government has been challenging some decisions affecting Slovakian children in the UK and there have been protests in Bratislava, as Christopher Booker has reported in his Sunday Telegraph columns. I am not sure whether these children are among those affected, or indeed Slovakian at all, but it would be a politically sensitive matter for children from eastern Europe to be fostered by a couple who belonged to a party that is hostile to eastern European immigrants, or at least, to their immigration, and it would easily attract hostile coverage in the local media. We don’t want to end up with British businesses being firebombed, or British holidaymakers (even if stag-night party-goers!) being attacked by groups of locals.

This seems like a re-run of the “loony left Labour council” horror stories of the 1980s and 90s, which run right through to the more recent “Winterval” genre of “political correctness” or “multiculturalism gone mad” stories that have done the rounds more recently. Most of those stories were distorted or totally fabricated, and the papers ran them because they knew that local authorities could not sue for libel, and local officials were usually not wealthy enough to sue if the stories named them personally. Anyone taking this story at face value should also be aware that there is a by-election in Rotherham next week in which UKIP are standing, and the fact that Rotherham has a Labour council has been much emphasised, so the release of this story looks a lot like a UKIP publicity stunt.