“Let it not be about lessons learned” 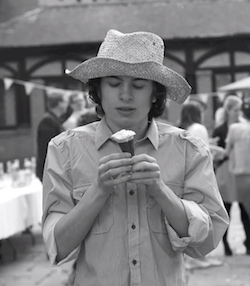 Today the report into the death (PDF) of Connor Sparrowhawk, an 18-year-old who drowned in an NHS learning disability unit in Oxford last July (see earlier entry), was published. That it was published was thanks to a long campaign by his mother, which faced much opposition from the NHS trust involved, which made such excuses as protecting their staff, and faced a last-minute obstacle when police delayed publication so as to consider a criminal prosecution. His death was the result of epilepsy, and he had been left in the bath with observation at 15-minute intervals, which is nowhere close to adequate when supervising someone with epilepsy in the bath. The report also exposes some of the inadequacies of Connor’s care at the unit, which was obviously ill-prepared to care for him and two of whose senior staff believed he should not have been there in the first place. (See also the Southern Health NHS trust’s statement and the family’s solicitor’s report. More: George Julian, Funky Mango’s Musings, Rich West, The Small Places, Mark Neary, FibroGirl, People First England, Making It Up, A Bit Missing, Julie’s Mum.)

Connor’s mother, tweeting through the JusticeforLB account, asked earlier for media interest and asked “please don’t run with a superficial and largely meaningless ‘lessons learned’ angle” (LB, short for Laughing Boy, is the name his mother referred to him by on her blog). The main ‘lesson’ from this tragedy, that you shouldn’t leave a person with epilepsy in the bath unsupervised, has been well-known from time immemorial. When Connor lived at home, he was allowed to bathe but his family supervised him by talking him from outside the room; epilepsy charities advise people to take showers rather than baths and there are numerous reports of people with epilepsy dying in the bath, including many fully competent adults (and about half of people with learning disabilities have epilepsy, according to Epilepsy Action which is quoted in the report). The report notes that the unit had not implemented NICE guidelines on epilepsy, not considered his epilepsy in its risk assessments at admission time, not drawn up a care plan to manage his epilepsy or reviewed his bathing arrangements, and that there was not even any evidence in the last month that he was even monitored every 15 minutes. The family have been at pains to point out that the unit he was in (the Short Term Assessment and Treatment Team unit, or STATT) was not a “care home”, as some press reports have stated, but an NHS inpatient facility, i.e. a hospital.

The report also notes that Connor’s 13-year-old brother, with whom he had shared a room all his life, had been prevented from visiting as no visitors under 18 were allowed on the ward (and he was later not even allowed in the grounds, despite it being suggested that he could). This policy exists in a number of Southern Health’s mental health units, and as noted in the news last week, is common in other mental health settings even when the patient is under 18. It also mentions that Connor was, two days after being admitted to the unit as an informal patient (i.e. nominally free to leave, although that is often denied in many mental health settings, including that one), he was held under section 2 of the Mental Health Act; the report does not explore this issue, but it must be questioned whether that is the appropriate legislation to use in response to challenging behaviour by people with autism who are under stress, as both that and section 3 (renewable six-month detention) frequently are. As in Claire Dyer’s case (which is ongoing), the sections are used to deprive patients of liberty and give clinicians power over them when other tools are available to contain escape attempts and challenging behaviour.

The failures in Connor Sparrowhawk’s care on the STATT unit (and both his name and the unit’s have been redacted, rather pointlessly as it is public knowledge who died, and where) has to be seen in the context of the Care Quality Commission report from last November (PDF), in which it failed all ten areas, six of them with “enforcement action taken”, the lowest rating. The report revealed that some patients were being unlawfully denied liberty, that patients felt unsafe, that a woman patient had left because the staff failed to stop incursions by male patients into the supposedly female-only area, that there was an “impoverished environment with little therapeutic intervention or meaningful activities to do”, that the inspectors “saw few social or therapeutic nursing interactions with people who stayed there”, that hygiene standards were poor, that medicines were being stored in hot places where they could degrade, that the defibrillator had no batteries and the oxygen cylinder was out of date, that a third of the staff had not attended basic emergency training, and that medical and procedural records were “not accurate and fit for purpose”. The CQC report noted that while their inspectors were at the unit, “up to four staff mainly worked on administrative tasks within their office, with one member of staff out on the unit”, which gives some idea as to what the staff were doing while Connor was in the bath (which does not mean putting out a fire or splitting up a fight).

Connor was in the unit largely for lack of support, and recent investigations into these kinds of units reveal that many people with learning disabilities stay in them longer than they are intended for simply because of this lack of any other kind of support. It is clear that the clinical leads at STATT regarded the purpose of the unit as being the treatment of psychiatric disorders, and that as Connor did not have one, he should have been swiftly discharged, yet his mother was afraid of his being discharged without support. It is not the only place I am aware of where a person with autism is trapped in a unit not equipped for them; I have recently heard of another situation where someone with autism is trapped in a unit that mainly caters for people with less severe learning disablities, and which is ill-equipped to provide suitable activities which has in the past caused an upsurge in challenging behaviour. I am also aware of some quite dreadful unprofessional behaviour from staff in that situation, which I intend to report on in more detail in a future entry.

A major lesson that does need to be learned is how to help young people with autism make the transition to adulthood, since this is often the trigger for crisis situations, and much of it has to do with the fact that services drop off after school ends, leaving families to cope as best they can. This has a lot to do with lack of funding, as day activities for disabled people are an easy target when councils have to cut budgets and sell assets (and as we saw here in Kingston, the buildings have often become prime real estate, even in delapidated condition), and as Mark Neary has demonstrated through his blog, councils often use dishonest language to disguise the fact that they are cutting both services and service users’ budgets. Families have formed the impression that their learning disabled children are seen as less than human, and that this influences both their day-to-day care and their medical care, as demonstrated in the increased rates of preventable death of people with learning disabilities. There is not the glamour to learning disability care that there is to curing cancer, but failing to get it right still leads to preventable deaths and to misery for many more.