National Service? If I hear it again I’ll go Spare! 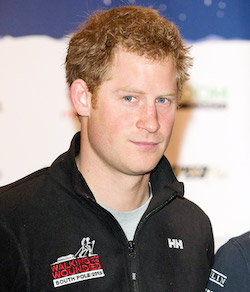 So, in today’s Telegraph there’s an interview with Prince Harry (right), who is set to leave the Army next month after ten years of service, in which he calls for the return of National Service because being in the Army kept him out of trouble and helped some of the men in his command turn their lives around. While Harry the Spare doesn’t have any political role, clearly when he speaks, the Establishment media listens, and while in opposition David Cameron proposed some kind of “school leaver programme” which might entail some kind of community service for a year but, as I pointed out at the time, could default to military conscription where no such civilian options were available.

There are solid reasons why we got rid of National Service and why most of the countries of the developed world have got rid of it over the past 30 years or so. It was never part of British tradition; it existed for two short periods of the 20th century, namely 1916 to 1920 and 1939 to 1960, the last conscripts leaving the Army in 1963. Only two west European countries, Spain and Austria, retain conscription. Countries that do nowadays tend to be third-world countries, often dictatorships. There are good reasons for having armed forces that entirely consist of people who chose to enter; many of them come from families where others, often several generations, have gone into the forces. It means absenteeism and desertion is low; in countries where conscription still exists, people (usually men as women are usually not called up) concoct excuses such as pretending to be gay, or flee abroad, or go into hiding. When they are deployed in a war that is not a matter of national existence (but may be of international importance, such as in peace-keeping forces), public tolerance for losses is that much less, and any setback could lead to pressure to pull out; it is, to say the least, unethical for conscripts to be used in a war of political choice.

In his interview, Harry says, “I dread to think where I’d be without the Army”, and that he joined because as a child he enjoyed “wearing the combats … running around with a rifle, jumping in a ditch and living in the rain, and stuff”. That’s all very well, but not all boys (let alone girls) are actually interested in that, and for some the world of work offers much the same opportunities for physical adventure and exercise (minus the rifles, of course). Then he says about the men under his command in Windsor:

“You know, I was a troop commander in Windsor for three and a half years, but I had 11 guys under my command.

“And some of those guys were - I mean naughty’s not the word - they were on a different level. And their backgrounds and the issues they had.

“And then over those three years to see the way that they changed is huge, absolutely huge.”

But the Army is not the only thing that can turn around a young man who is in trouble, and not everyone needs that anyway. Some young people leave school, or college, perfectly fit to go and get a job, and if there were still jobs available in many parts of the country, they might just go into them instead of hanging around with nothing to do. Prince Harry, of course, needed something to occupy his time, because he’s a Royal with no formal role or responsibilities, even personal ones, and therefore nothing to do; the same was true of his elder brother, but he has a higher profile as the heir and has a job coming up, albeit one he will most likely have to wait another 20 or 30 years for. The Army may have taught Harry a lot, but as someone remarked on Twitter earlier, most of us learn that by not having maids.

But my biggest objection is that it’s a theft of a year or two of a young person’s life when they could be establishing themselves in the world of work, and while for some they may gain skills or qualifications, for others it will consist of endless parades or “square-bashing”, to say nothing of the risk of racism and bullying. Some officers enjoy victimising those in their command, and young men frustrated at being denied their liberty or sent to unfamiliar places far from home will take it out on each other — as we already know they do in prison or in other institutions such as boarding school — or on local civilians or prisoners of war. There will be people victimised and there will be suicides and murders, as indeed there has been even in the Army as it is now. Most people accept the need for conscription when there is a war of national survival, but as things stand it’s just not necessary.