Time to change the law on disability hate crime 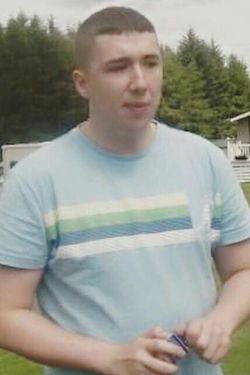 Update 12th December: The Disability Hate Crime Network has written to the Attorney General to seek a review of James Wheatley’s sentence.

Last week in Newcastle, a man who had imprisoned and tortured to death a friend with a learning disability was sentenced to life with a minimum of 23 years for his murder. His mother, girlfriend and lodger were all imprisoned for between three and eight years for such offences as perverting the course of justice and causing or allowing the death of a vulnerable adult. The main offender, James Wheatley, could have been jailed for a minimum of 30 years if the judge had ruled that the murder was motivated by hostility to his disability, i.e. a hate crime, but the judge ruled that it was motivated by money (Wheatley persuaded his victim, Lee Irving, to sign up to online banking so that he could clear out his account) and thus not a disability hate crime. The usual tariff for murder is 12 to 15 years; the seven years’ difference between the two sentences is roughly half that. As a friend put it on Facebook, ‘unless the defendant screams “I hate disabled people and think they should die” in the dock no judge in the UK will ever treat disability hate crime as disability hate crime’.

Irving’s murder fits a pattern commonly referred to as “mate crime” in which a group of people (often mixed gender; individuals who commit such crimes alone are usually male) who befriend a person who usually (though not always) has learning difficulties and gradually turn abusive, pressuring or intimidating them into signing over money or giving them their possessions, progressing to physical abuse, torture and sometimes murder. We hear about the ones that end in murder; perhaps we do not hear about the ones that do not. While often horrific and protracted crimes, they do not fit the typical pattern of a hate crime in which someone is attacked in the street by people shouting abuse obviously targeting their race or sexual orientation, or a house is firebombed by a group attracted to each other by racism. But while the offenders often do not display signs of hatred towards disabled people in general, they often exploit their vulnerability and desperation for friendship. 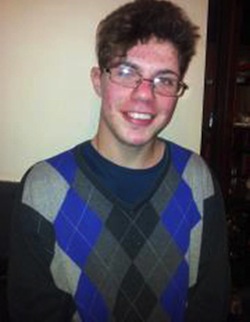 I’ve always been opposed to making “disability hate crime” a particular category of offence, precisely because, being based on patterns of hate crimes against other groups, it excluded a lot of violence targeted against disabled people and “mate crimes” in particular. Some attacks or incidents of harassment could be dismissed as mere bullying, or the attacker could have been irritated by his victim’s behaviour, such as staring at his attacker or talking to himself; the attackers are, as you might have guessed, people with an existing tendency to violence. Some of this is true of racial or anti-gay hate crime, but hatred of, say, gay or Black people in general (or, more recently, eastern Europeans) is more commonly a factor in hate crime than hatred of disabled people as such. Some activists a few years ago countered that using language other than “disability hate crime” was tantamount to denying that there is a problem, but requiring evidence of ‘hate’ filters out a lot of violence that many people would describe as bullying, or where disabled people are being exploited. Sometimes, bullies who kill are not even charged with murder, as in the case of Stephen Simpson (left).

The law should not require proof of such hatred to make disability-targeted violence an aggravating factor in murder or assault. It should be necessary only that the attacker knew of his victim’s impairment, had sought to exploit it in any way, and had no other reason to want to hurt them (e.g. the victim had slept with the offender’s partner, cheated them out of money or in some other way hurt or offended them). Any gratuitous violence against a disabled person should attract stiffer sentences, and there should be an end to cases where torture and murder over a period of weeks attracts shorter sentences than a street attack lasting minutes, just because the attackers in the latter case made their prejudices clear by using explicit abusive language.