On Corbyn, trains and renationalisation 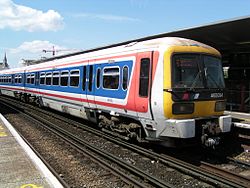 Earlier today I heard Owen Jones, the Labour-supporting Guardian columnist and author of Chavs and The Establishment, on Radio 4’s Today programme defending Jeremy Corbyn’s plans to “re-nationalise” the railways if he became prime minister. He explained that the action would not be costly as it would simply consist of waiting until each franchise came to its end and then not renew it; he also explained that the East Coast railway service had good levels of customer satisfaction when it was in public ownership.

This policy smacks of the timidity which has characterised Labour policy since the 90s. It also really sounds like an easy way of selling a policy without acknowledging that it will cost money to rebuild British Rail and its various business divisions (InterCity, Network SouthEast, the various Regional Railways divisions, ScotRail and so on) or new equivalents. This, however, has to happen if re-nationalisation is to ‘take’; if the franchise apparatus is still in place by the time of the general election following this one, a Tory government only has to reopen tendering for the re-nationalised regions. If the railways are fully re-nationalised, re-privatising them will be a headache for the next government; if they are not, it will be easy.

I support re-nationalising the railways. It needs to be done properly. Corbyn’s current plan won’t deliver that.