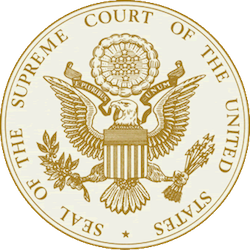 In the debate over whether the conservative American judge Bret Kavanaugh is fit to serve as a Supreme Court judge, an accusation has emerged that when in high school, he held down and groped a female schoolmate, now a professor, named Christine Blasey Ford. One of the defences that has been used for him is that the incident happened years ago when he was a high school student and that it was just juvenile high jinks, and some are suggesting that teenage boys are too immature to understand issues of consent. A female high school student who identifies with the conservative Future Female Leader movement has tweeted that this is “probably one of the most unsettling things [she has] ever witnessed” despite having supported Kavanaugh before the accusations emerged. As someone who remembers my mid-teens rather well, I can say that we did in fact know that this sort of thing was wrong, and was illegal.

In most western countries, the age of criminal responsibility is around ten or twelve. In the USA, there are teenagers and adults serving life sentences with a minimum of 40 years or more for murders committed when they were 14 or even less, often people who did not kill anyone personally but took part in a robbery in which someone was killed. Only recently did the Supreme Court strike down laws which mandated life without parole sentences for anyone convicted of felony murder. Often their participation was not motivated by malice or avarice; they participated because their friends were doing so, because they demanded they prove themselves and may not have revealed that they were armed. Young people know that rape is a crime and that sexual assault is a crime. They may not know the technicalities but they know the basics.

There is bullying in a lot of schools, particularly secondary and high schools. This behaviour is not often brought to the attention of the authorities unless it results in serious injuries, even when it consists of physical assaults or sexual harassment, but very often the perpetrators do it because they seek to hurt or humiliate their victim and the same is true of the kind of assault Kavanaugh is accused of perpetrating. They do it because it hurts or because their pleasure is of greater importance in that moment than the comfort or dignity of the person assaulted. Such bullies often get away with it not only because victims are afraid to report it, or do not want to relive the incident in the police station and in court, but also becuase they know that the attacker is seen by society as more valuable than they are: they may be an athlete who brings prestige and funding to their school, or a “high flyer” whose degree might improve the schools’ or college’s statistics, whose later success in life would improve their reputation, and who might well donate money.

His supporters say that his life should not be ‘ruined’ over this (alleged) youthful indiscretion. The problem is that young lives are ruined over such ‘indiscretions’ all the time, as long as they are not white, middle-class or academically or athletically promising. In this case, however, his accuser is not calling for him to be prosecuted, just for him not to be appointed for life to the most powerful judicial office in the land, a member a panel of judges who sit in judgement not only on people but on laws. It’s only to be expected that, at a time when male executives in the entertainment industry in particular are being called to account for sexual harassment and discrimination (this being largely the result of a man who bragged of sexually assaulting women being elected president) that a putative Supreme Court judge will face the same scrutiny.