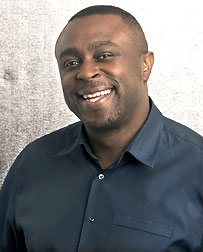 I heard this advertised on Radio 4 last week, and feared the worst when I heard the presenter, Dotun Adebayo, enunciate the word “reverts” (not that I ever use the word myself, but it sounded contemptuous), but it’s pretty balanced and features Muneera from Poetic Pilgrimage and Abdul-Haq Baker from Brixton mosque, who also runs the “Street” project which helps keep some of the new converts on the straight and narrow. Dotun also interviewed Baker about his former flatmate Richard Reid, who passed through Brixton mosque but was taken over by more extreme elements.

As you might expect from a one-off, half-hour programme, there were some serious gaps: they found space for the Nation of Islam, a dwindling American-based nationalist group, but did not explore groups in Islam itself that are popular among black converts (or second-generation) Muslims in the UK besides the “salafi” group in Brixton: there are a number of Sufi or Sufi-based groups like the Shaikh Nazim group in Peckham and Hackney, the Murabitun and Shaikh Babikr’s group in Cricklewood. (I’m sure pretty much every other Muslim group has at least some black followers.)

Also, it did not really mention the fact that a lot of the African-Caribbean Muslims in London are not converts at all, but second-generation Muslims; back when I used to go to the dhikr circles in Streatham (before the mosque committee got taken over and they were stopped), there were black attendees and they had daughters who were already in their teens. The conversion of black British Muslims to Islam is nothing new at all; it’s not as old as in America, but it has been going on much longer than the 1990s and there have been African Muslims here since the 1960s (or earlier). I don’t remember a programme having been made about it before, but it’s difficult to believe that they have only just noticed. The programme is called “Young, Muslim and Black”, but much of the population under discussion is not young at all. There are British Black Muslims (not Nigerians or whatever) who are in their 50s or older.

As for Richard Reid, it is important not to over-emphasise his connection to Brixton. It’s true that the papers reported that Reid had prayed there, but they had nothing to do with his turning to violence, as they were always opposed not only to terrorism but to any other kind of political agitation. Having been on a lot of anti-war and pro-Palestinian demos, I very rarely see people who look and talk like they may have come out of Brixton mosque on them. It’s true that most of these demonstrations had no practical effect, but the fact remains that nobody introduced him to groups which undertake political action without supporting or leading people into terrorism.

Still, it’s good to see a programme on any section of the British Muslim community which emphasised the positive and not the negative — it would have been quite easy to draw attention to the sectarianism or the connection to Abu Usaamah (one of the imams shown in the Undercover Mosque documentary), but they didn’t, and allowed those interviewed to speak for themselves rather than putting words in their mouths with editing. It’s interesting and positive, if a little narrow — perhaps a small series would have done the subject more justice.