Max Pemberton: the red herring of ‘mental health stigma’ in ME 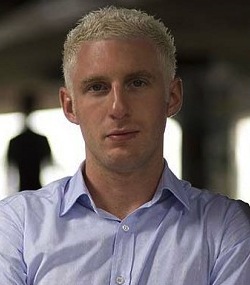 This article is by Max Pemberton, who has earlier written in the same paper about why ME sufferers are wrong to object to being called mentally ill, after the “death threats affair” of summer 2011. His stance is the same now as it was then: that people with ME object to this because there is a stigma surrounding mental illness and that being mentally ill does not mean being a faker. As someone who knows several people online and off with real mental illnesses which do indeed have a physical, neurological basis, I can say that this argument is a red herring. ME does not present as that kind of mental illness and is not being treated as that kind of mental illness at all, and neither are the sufferers being treated by the medical profession as if it were. (More: Occupy CFS.)

Pemberton also claims that the research into ME has produced “underwhelming” results in the search for a physical cause, and that the recent Lipkin study adds weight to the theory that ME is not caused by a virus. In fact, this study was only ever into murine leukaemia retroviruses, which raised a lot of what turned out to be false hope in the ME community, not viruses in general. The strongest contender for being the cause of ME was always the Coxsackie enterovirus, and the past epidemiological evidence and certain features of the disease (along with actual tests for it in some patients) strongly suggest that this is what causes ME. The fact that not all of what is commonly called ME is, in fact, classic enteroviral ME does not mean that ME is not caused by this or any other virus. There is some evidence that Lyme Disease is being confused with ME, for example. Dr Nigel Speight has reported that he has successfully treated some British “ME patients” for Lyme disease.

I also do not believe that the manner some ME patients find they are treated by doctors and other medical staff is adequately explained by the theory that it is psychiatric or even psychological. They are often treated rudely, dismissively, as if they were merely prima donnas acting out some minor trauma and wasting people’s valuable time. This is often the experience of very sick and frightened child and adolescent patients, and if they had suffered a trauma severe enough to manifest itself in an illness as severe as Lynn Gilderdale’s, it must be something pretty serious and should indicate that some compassion is required, but they experienced none.

So, this recurrent argument about “mental health stigma” is irrelevant to ME. If you want to campaign against that, I hope you wrote to your MP to encourage him or her to vote for the current mental health bill, which removes the restrictions on jury duty, serving as an MP or company directorship that affects some people with certain current or past mental health problems (particularly those who have ever been sectioned). Many of us are fully aware that there is a stigma affecting people with mental illness. The fact that when an ME patient says “I was treated like I was mentally ill” usually means “I was treated like dirt” is a sign that this stigma is very much alive. It is not why ME patients object to being treated as if they are mentally ill, however. The reason they object is that they are physically ill, and are facing pressure to accept unsuitable, often harmful treatments based on counselling and exercise, and because these psychological theories and the influence of those who support them may be the reason why a viable treatment for ME presently does not exist.