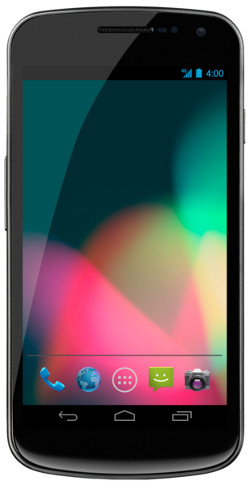 Battle of the Androids: Google Android vs. Samsung Android

Yesterday I took delivery of a Samsung Galaxy Nexus, which was the previous incarnation of the “official” Google phone line (it’s now been replaced by the LG-made Nexus 4 which has a quad-core processor, rather than dual as with mine, but has the same amount of storage), having previously used a Samsung Galaxy S since mid-2011, which I upgraded to the latest version of Android (4.1 Jelly Bean) through a third-party download since Samsung had declined to supply an update themselves. The above article states that some of the features Samsung build into their version of Android cost them little, but easily justify the increased cost of the phone. It does, however, gloss over the real reason some people avoid phones with vendor-customised versions of Android, which is lack of updates. (Other manufacturers are even worse than Samsung in this regard; some recent Android phones from LG, for example, are stuck on Android 4.0.)

As I wrote a few months ago, I upgraded my Samsung to Jelly Bean using CyanogenMod, probably the best-known third-party Android “distribution”, the reason being that Samsung had refused to provide an upgrade to Android 4.0 (Ice Cream Sandwich), let alone Jelly Bean, because its add-ons would take up too much memory. The version of Android I had on my phone, however (2.3 Gingerbread), suffered from seriously poor performance, with a number of apps crashing or hanging regularly. I was loath to recommend Android to anyone, because my experience was pretty poor until I got that upgrade. I do prefer some aspects of the old user interface to JB, such as the font, but even on Samsung’s own Galaxy range, the font change remains. The “value added” may seem worth it in the short term, but it may end up being the reason the phone is declared obsolete.

I am not sure if the performance degradation was due to apps being optimised for newer versions of Android than mine, or was simply a problem with the OS itself. Certainly many of the reliability problems I had with the HTC Hero had vanished (the constant dropping of calls, for example, or near-inability to make a phone-call from the contacts screen). Since upgrade, my phone also displayed text in foreign alphabets, like Arabic, correctly rather than just replacing every letter with a square (useful if you and/or most of your friends are Muslims). Its user interface was vastly smoother more responsive than Gingerbread had been, as much so as I had found iOS any time I had tried it in a shop (they always were too expensive to buy, and I found Android more intuitive and generally easier to use). I did not miss most of the Samsung add-ons from Gingerbread, and some of them were simply useless, such as the Twitter and Facebook ‘integration’ which appeared to do nothing.

The point is that, even though your initial experience with Samsung’s software may be a very smooth and pleasant one, Android itself will develop and there is no guarantee that, in a couple of years’ time, you may be left with a perfectly good handset more than capable of running the latest version of Android, but being let down by applications optimised for those versions and not yours, and Samsung will not bother to produce upgrades because most people will be buying phones on contract and upgrading every 18 months to two years. This is exactly the situation I was in last October; the Galaxy S is a hard-wearing handset whose screen did not break despite more than one fall onto concrete (although I was detecting some problems with the storage which I could not put my finger on), it functioned brilliantly once I got rid of Samsung’s OS, and surely many of them are still functioning fully. If you buy a Nexus 4 now, you will still be getting updates, whether from Google or someone else, in two or three years’ time if your handset is working. Buy a Galaxy S3, and the chances are the upgrades will slow down rather quicker.