Disability benefits and the self-made mouth 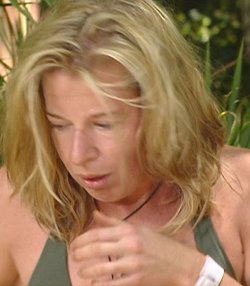 Last Saturday night, there was a debate on the Stephen Nolan show, a late-night phone-in on the BBC station Radio 5 Live, in which the former Apprentice contestant Katie Hopkins, who styles herself “the only candidate to say ‘no’ to Sir Alan” [Alan Sugar of Amstrad, who runs the TV series, The Apprentice], defended the government’s cuts to disability and housing benefits and Lisa “Lisybabe” Egan and one of the other callers tried to oppose her. Hopkins is clearly of the opinion that disability benefits are given out to an awful lot of people who aren’t really disabled or don’t deserve them, as shown by this tweet: “If people’s disability benefit was handed out from the top rung of a ladder I reckon most would climb the ladder to get it”. Her stance was that people need to rely on their own resources rather than the state as we live in “austere” times, a line that she trotted out again when Lisa reminded her that people had paid National Insurance and that the whole idea of an insurance scheme is that it pays out when things go wrong. As for housing benefit, she said she did not see why the state should pay for people to live in the south-east, without apparently realising that the majority of housing benefit recipients are actually in work. She also posted this rant about child benefits on her blog, claiming (without the slightest evidence, of course) that “for so many of our poorer families in this country the child does not benefit at all – but rather the overweight mother guzzling McDonalds with her large brown Primark bag bulging at her feet”. You can listen to the show here for the next week. (For non-British readers: a Primark bag does not signify affluence.)

The issue of housing benefit is not the main concern here, except to state that the majority of recipients are in fact in work, and much of it pays for the shortage of affordable housing stock, the political decision to sell off council houses, and the runaway house price inflation caused by the credit boom which ended in 2008. Disability benefits are a burden society has always had in one form or another, because there have always been people whose physical or mental condition, whether temporary or permanent, either does not allow them to work, or makes them a less attractive proposition to employers for one reason or another. There are two separate categories of disability benefit: the Disability Living Allowance, which covers the cost of being disabled (such as for care and mobility aids) and is paid regardless of whether the recipient is working — indeed, it may help them remain in work — and the former Incapacity Benefit, which supported people who were unable to work, whether due to illness or a complication of their disability. Many of those who currently receive DLA would previously have been institutionalised, a practice which ended because the public realised that there were rampant abuses, the care was often impersonal, taking no account of people’s needs and abilities, and there was little dignity or privacy in many of them, besides the fact that the vast majority of people do not need to be housed apart from their families and the community. They were paid for out of state expense as well, and the land they stood on is now in many cases prime real estate and the grand buildings have been demolished or converted into luxury flats, so a return to that is going to be extremely expensive as well as unsatisfactory for all concerned.

Hopkins introduced herself by saying that “as a taxpayer” it had become obvious to her that people could live where they choose, have as many children as they choose, and smoke if they choose and have the state pay for the consequences of that, and that benefits should be a privilege and that people should “look to themselves” rather than the state to provide for them. She also invited the others to come with her on “claimants’ day” to the benefit office to see people collecting their benefits in their pyjamas. (I was on Job Seekers’ Allowance for two years and I almost never saw people in the Job Centre in their pyjamas.) Lisa asked her if, in the event of her getting cancer or having an accident, she would try to use the national insurance contributions she had paid, and Hopkins replied no, that she had savings that would provide for her family in such circumstances, money she had made by “grafting” and getting up at 5:30am every morning to provide for her family. Further enquiries reveal that Hopkins has epilepsy, and if she expects everyone to rely on themselves rather than the state, she should explain whether she has used the NHS to provide either the medication or the care she needs such as consultations to decide which medications to take and so on, and hospitalisation in the event of a severe seizure. In any case, she is not the only one who gets up at that time or earlier, and the majority of us do not make a lot of money because our jobs do not pay us that much. Hopkins got lucky; she does not mention on her website that she invented anything or has actually run a business doing anything other than selling advice to other businesspeople and public speaking. She is, in other words, a professional mouth, someone with opinions who gets paid for them.

When Egan asked her if she really was so cruel as to insist that people with cancer not receive help from the state, she fell back on her claim that the benefit system was too generous. She claimed that the people she “accosts” in their pyjamas get “home allowance” of up to £400, job seekers’ allowance, disability allowance “although they’ve managed to walk very well to the job centre”, and that it makes it not worth your while to work part-time. In fact, having been on JSA, the last time I received it, it was about £65 per week, which is about a day and a half’s average pay and just enough to buy the bare essentials for a week with. The reason it is “not worth your while to work” is because the money is deducted from your allowance and the allowance is stopped if you have two days’ work that week, even if it is a one-off booking through an agency during a slump, so unless you get a permanent job or a prospect of a lot of casual work, accepting a work booking could well leave you worse off. This is simply a consequence of the version of means testing that is used for JSA, and it is one of a number of circumstances in which means testing is a proven disincentive to work.

Nobody really confronted Hopkins with why some benefits need to be paid, and disability benefits in particular. We either pay for people with disabilities to live at home, and for the necessary adaptations and home care arrangements, or we pay for them to live in a care facility, when the land is bought, and they’re built, and all the cooks, cleaners, nurses, managers and others are hired, at huge expense — there is no third option, unless you count leaving them to die or leaving them to beg on the streets. Some people with disabilities can work, and others can if they are provided with some assistance, or if people help them to find a niche they can cope with working in, or helps them through (or past) the interview process, and the benefits made to these people may be more than recouped in the taxes they pay because they are then able to work. Others cannot, either because they do not have the intellectual capacity, or because their physical limitations make it impractical, or because their health complications or mental health problems mean they will not be able to work reliably, or because prejudice or inconvenience means people will not hire them. Of course, some people with disabilities are very wealthy and can afford to pay for care themselves, and some can run their own business, but this is not the majority and the costs of being disabled or of having a long-term medical condition add considerably to the cost of living, which is why we have a health service and a welfare system.

Hopkins clearly does not know much about what she is talking about here, only that she doesn’t want to pay to finance anyone else’s lifestyle. She promotes herself as some sort of “self-made”, self-employed person who “tells it like it is” as a social commentator and public speaker (reinforcing her “tough” image by boasting that she went to the Sandhurst military officers’ academy), but on this evidence that seems to consist of making bigoted and ill-informed comments that might go down well with all the well-paid drunks at a corporate party but do not add much to this discussion. There is a lot of talk about scroungers in pyjamas claiming benefits that were enough to live on comfortably without working, yet no solution has been given as to how to get the idlers off benefits without impoverishing people who are in real need and are unable to work; the government did not come up with one and neither has she. Yet again, British talk radio allows a serious and important debate to descend into a slanging match by giving undue prominence to an opinionated but uninformed guest — at the expense of the licence fee payer!